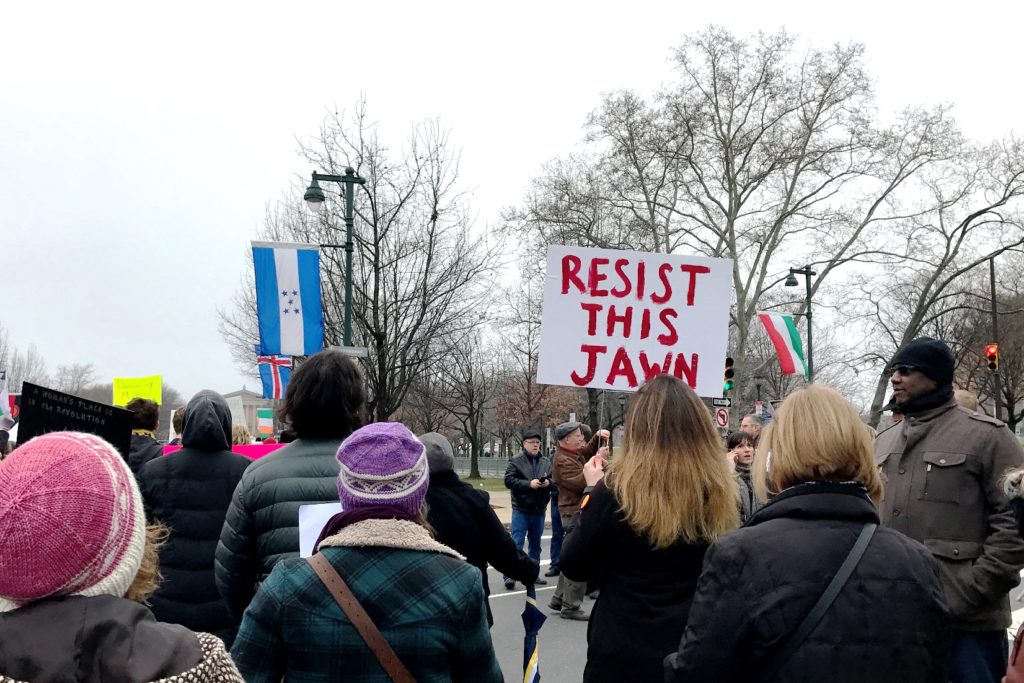 I’ve always been interested in accents, dialects and local slang. Maybe because I was raised by a Bronx grandma whose speech was straight out of Damon Runyon (goils for girls, but earl for oil). My Noo Yawk accent has been tempered by years living elsewhere. I can take the NY Times dialect quiz and answer so I score as being from the Midwest, Newark or West Coast. I still talk fast, direct, with lots of energy and I occasionally smoosh letters together. That’s why the Philadelphia accent is now my favorite.

As a Philly Political Fest volunteer in 2016, we were trained on how to talk like a local. They covered essentials, like wiz wit or widdout for ordering cheesesteak. Like we didn’t know this?  There’s no end of these cheat sheets online. Here’s a fun one.
For more local lingo, check out this blog post celebrating classic Phillyspeak .  There are also lots of YouTube Philly accent videos. All have mixed reviews,with comments protesting we don’t talk like that. Instead, check out this SNL video with Tina Fey doing a spot-on Philly accent ( she’s from Upper Darby), but Fallon not so much.

And then there’s jawn. The Phillyspeak, all purpose noun that I’m cool enough to know about, but not cool enough to say out loud.The origin and correct use of jawn is also hotly debated.

Here’s the historical perspective and list of celebrities known for speaking Philly-like. There are reports that the classic Philly accent is dying out, becoming more like the Jersey/New York accent. Maybe, but Phillyspeak is alive and well. See how you do on the Buzzfeed Philly slang quiz below.