Everyone should experience the free New Year’s Eve Fireworks extravaganza at Penns Landing at least once. The 15 minute show was one of the most spectacular displays we’ve seen.

We opted for the 6 pm, family friendly performance. There’s also the midnight ringing in fireworks. By 5:30, a good-sized crowd had staked out the best views, facing the fireworks barges on the Delaware River front. Accustomed to the aggressively jostling mobs in NY and NJ, we were pleasantly surprised by the friendly ambience. Discovered too that Philly decks out the Ben Franklin Bridge in multicolored lights for the holidays. 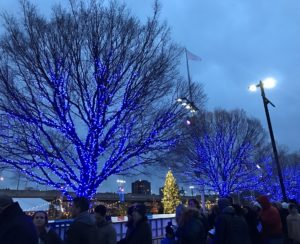 The biggest crowd was queued up to hang out or skate at River Rink , which was ablaze with blue and gold lights. Their fire pits were tempting on that blustery night. Street vendors were doing a brisk business selling glowing light sabers and noisemakers. Two young boys near us blew a one-note version of Jingle Bells on New Year’s horns nonstop until the patriotic fanfare drowned them out.

The fireworks colors and arrays were beautifully synchronized to the music. Instead of trying to describe the show, click to see my short YouTube video with 2015 highlights.  I’ve included a few photos from the 2016 show below. 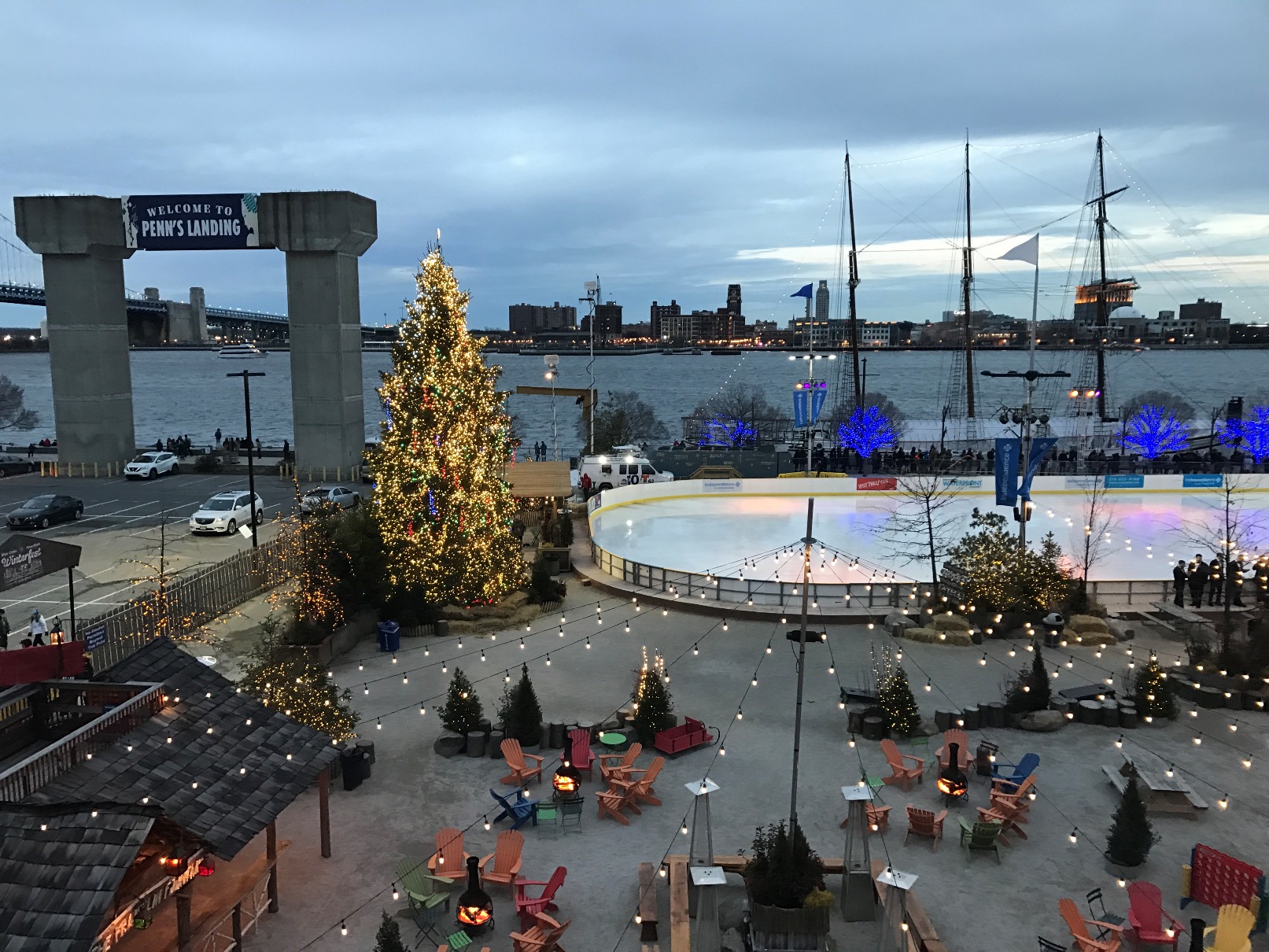 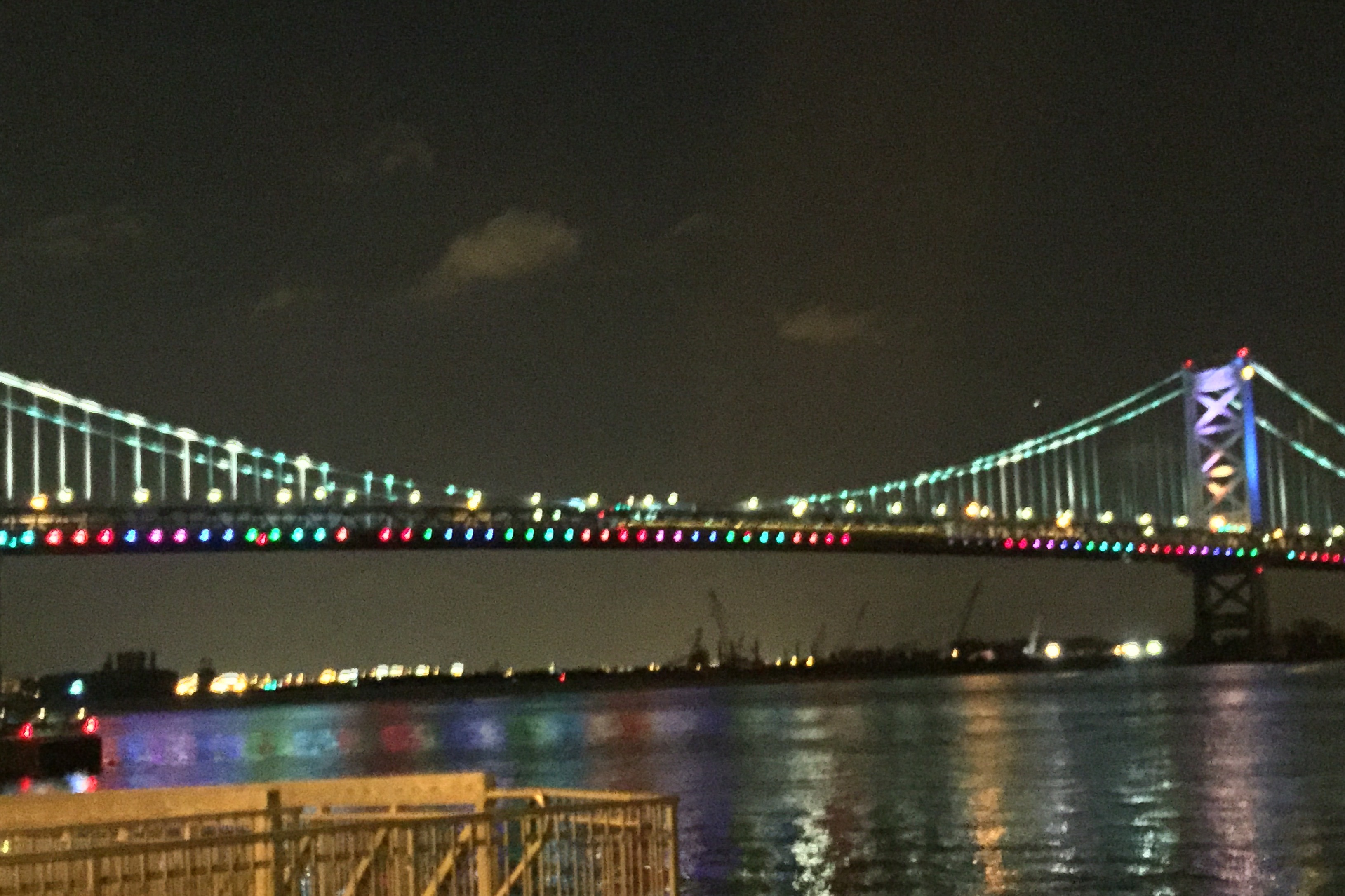 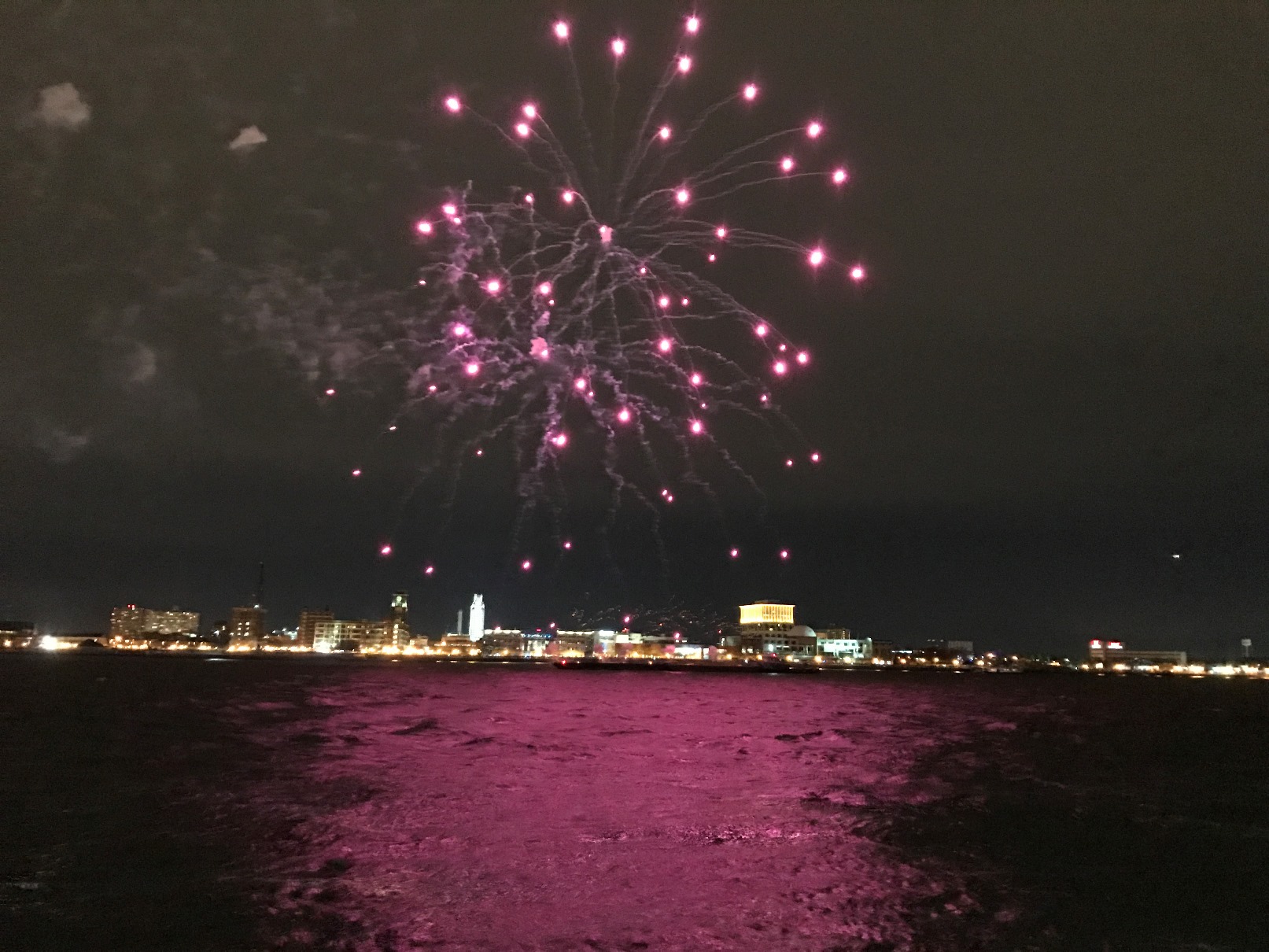 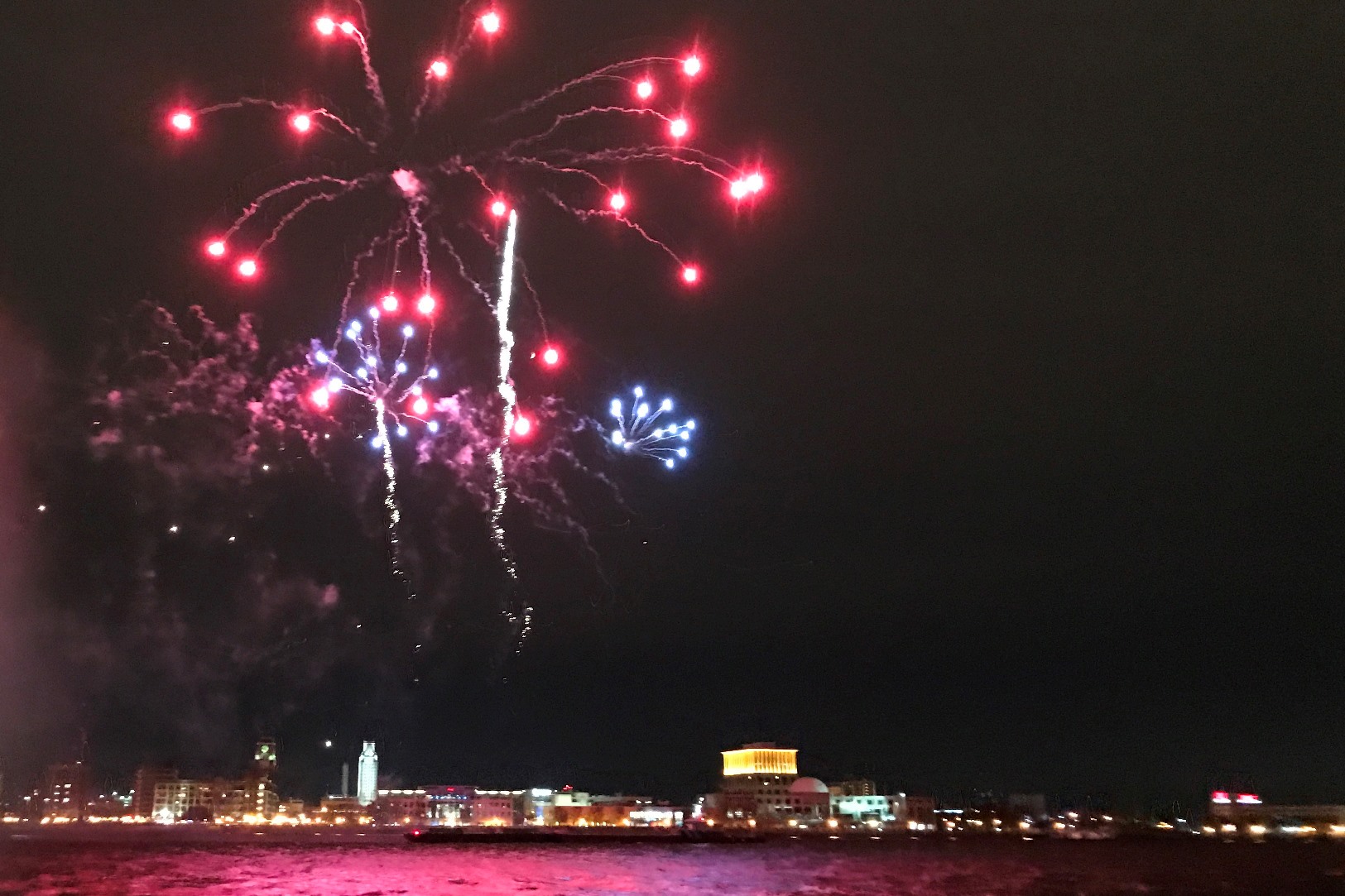 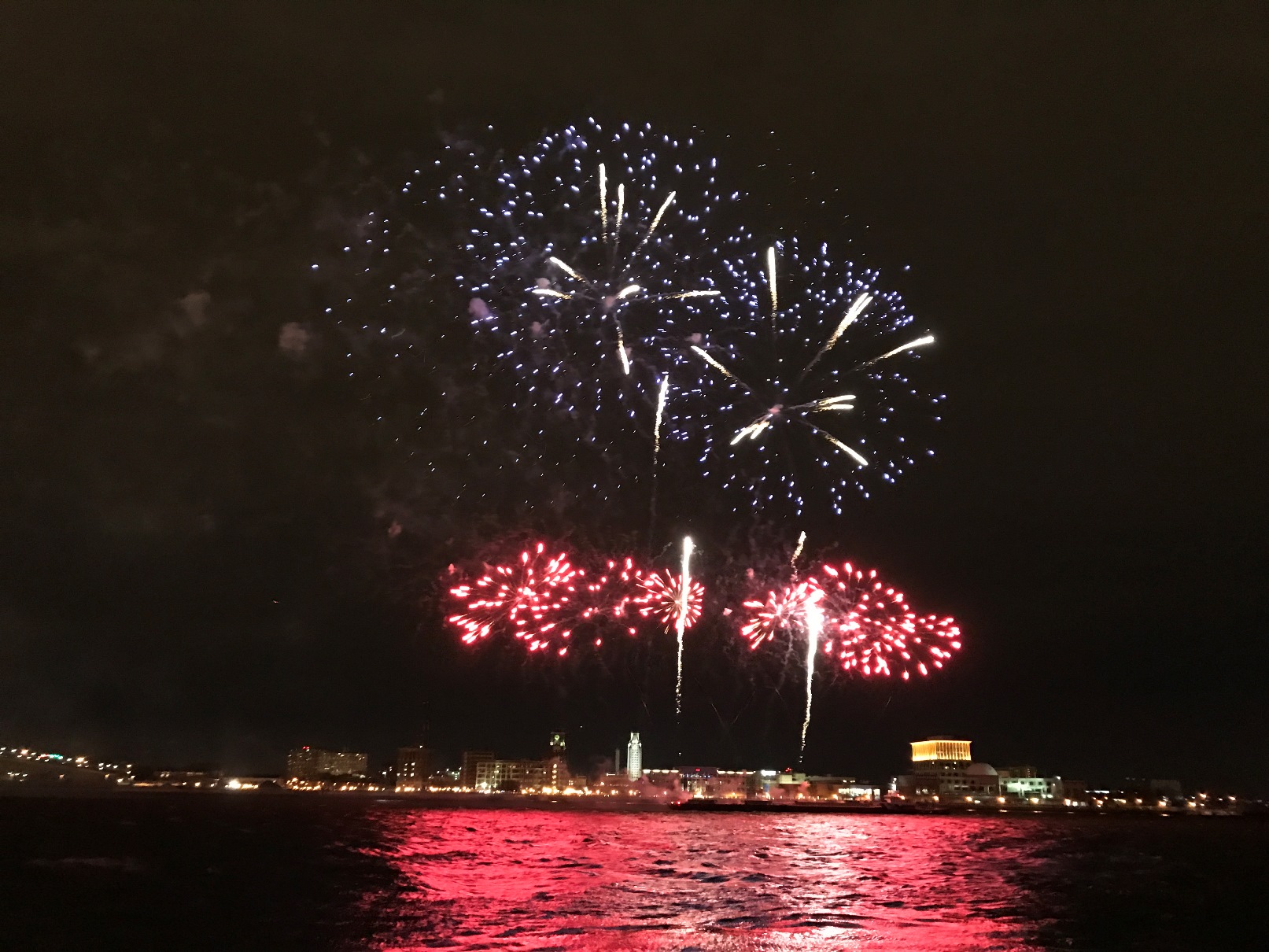 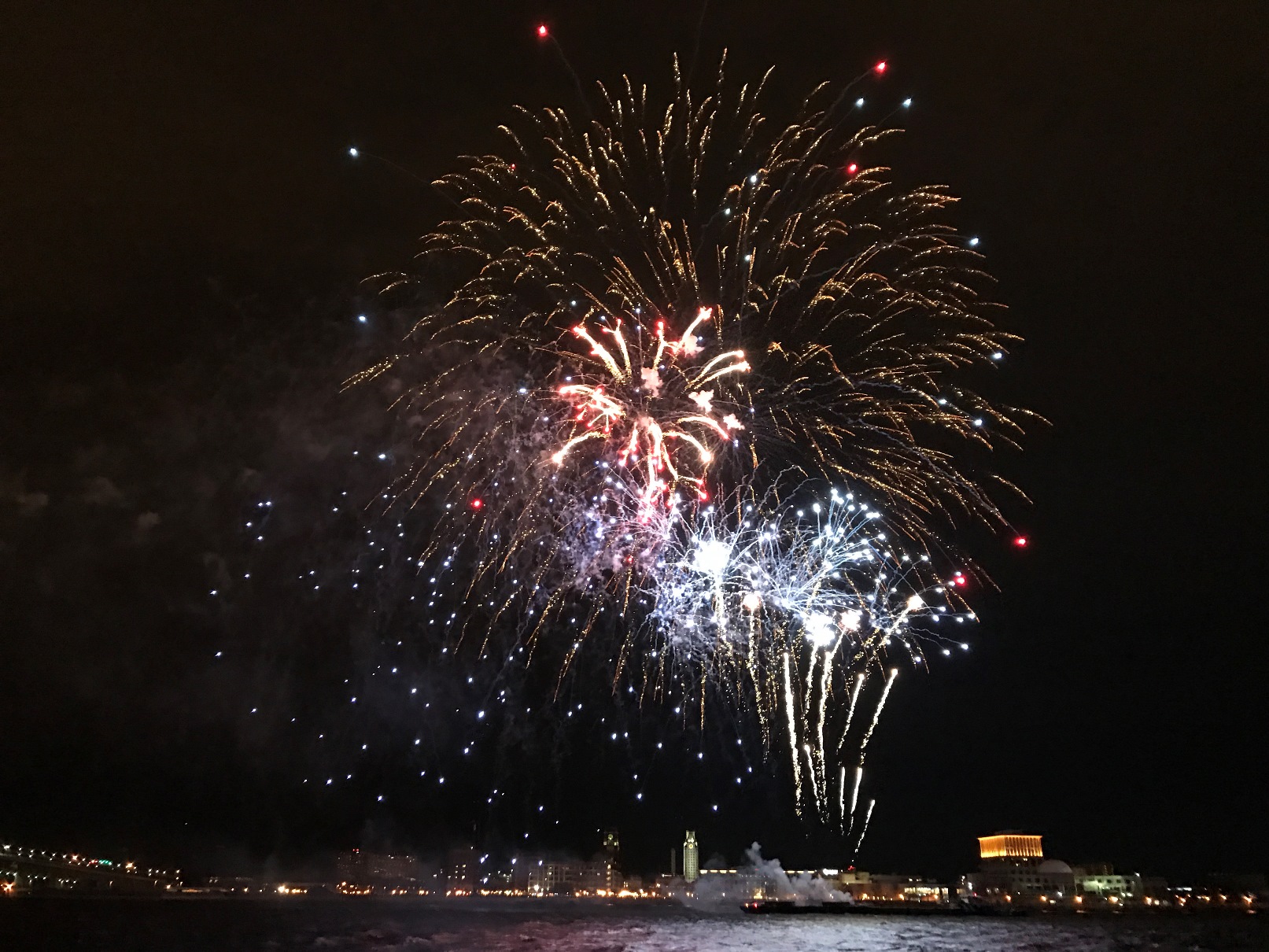