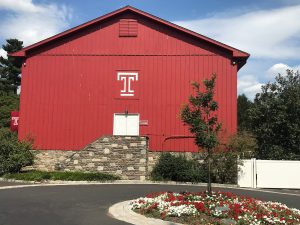 We discovered that this institution began its ground-breaking history  as the PA School of Horticulture for Women. It was one of the first in the nation to educate women for agriculture and horticulture careers. It was also influential in creating the Gardening Club of America. In 1958, it merged and became part of Temple University. The 100- year old Woman’s National Farm and Garden Visitor Center is open by appointment.

Start your visit at the sculpture pool in the Louise Stein Fisher Garden. Next, stroll through the shady woodland and ground cover gardens.  Next, walk a few minutes north to the Healing Garden. It features medicinal herbs and a meditation spiral walk. At the Research Complex building were dozens of exotic-looking coleus varieties thriving outdoors. Our favorite spot was the Sustainable Wetlands garden. We appreciated the juxtaposition of  Philly Magic Gardens-style  mosaic pillars with the wood frame structure. Plus, tiny frogs greeted us as they sunbathed on the tiles. When we visited in late summer, the formal gardens were a lush field of purple, gold and white perennials. The Northeast corner of the Arboretum is dedicated to oak, maple and pine arboretums, plus the students’ Welcome Garden.

It’s a 30-minute drive from Center City Philadelphia to 580 Meetinghouse Road, Ambler, PA. You can park for free in Visitor’s Lot 2 but you’ll need to register your vehicle, especially if you visit on weekdays during the school year.  The lot is a 5-minute walk to the gardens. Dogs are permitted, if kept on leash and out of the garden beds. When we visited on a summer weekend, we found no open public restrooms or water fountains and the grounds are carry in/carry out. We recommend packing and bringing snacks or a picnic lunch: we didn’t find any eating spots open to the public. Click to download the gardens map to plan your visit. 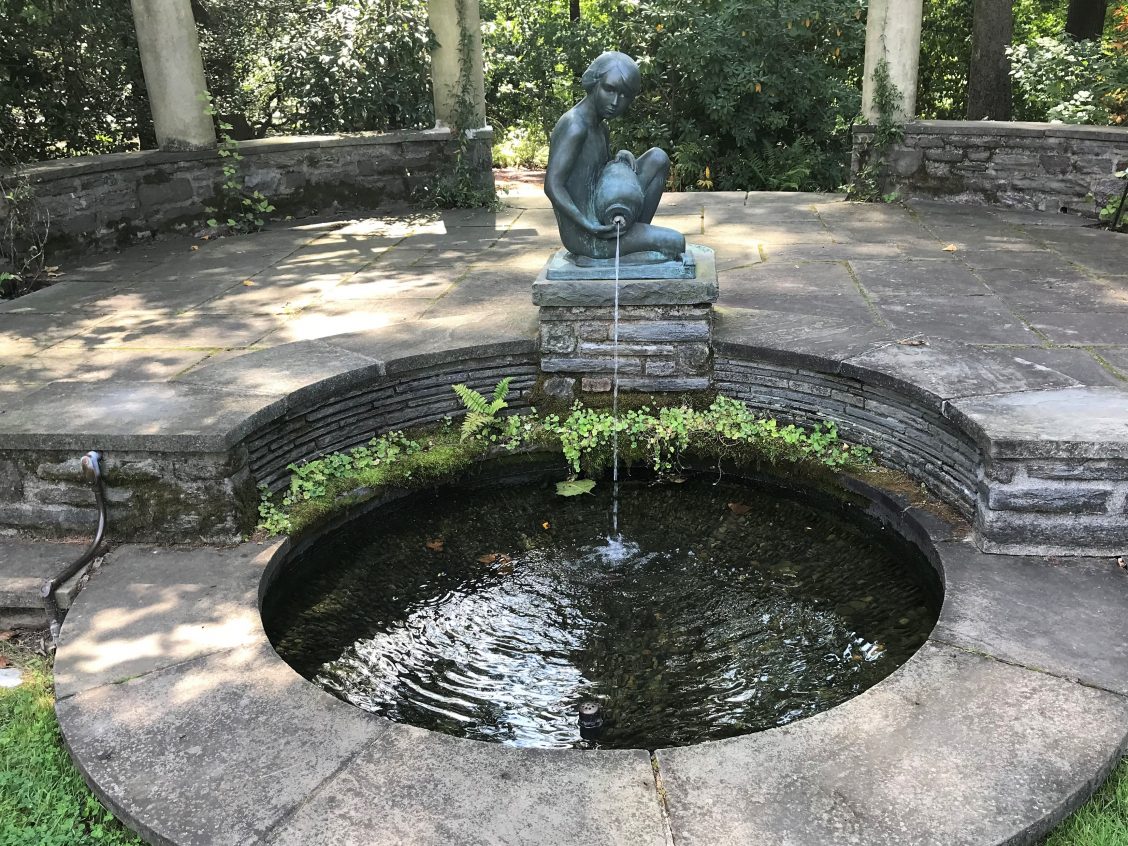 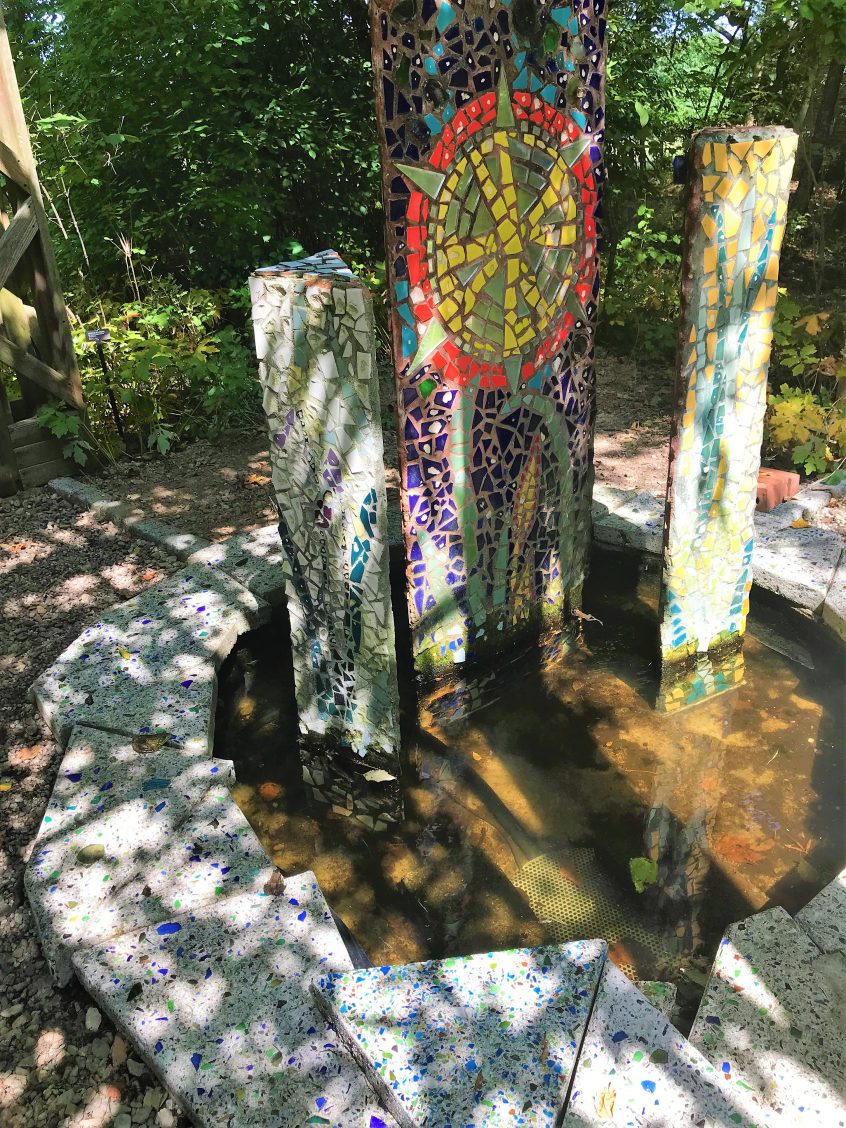 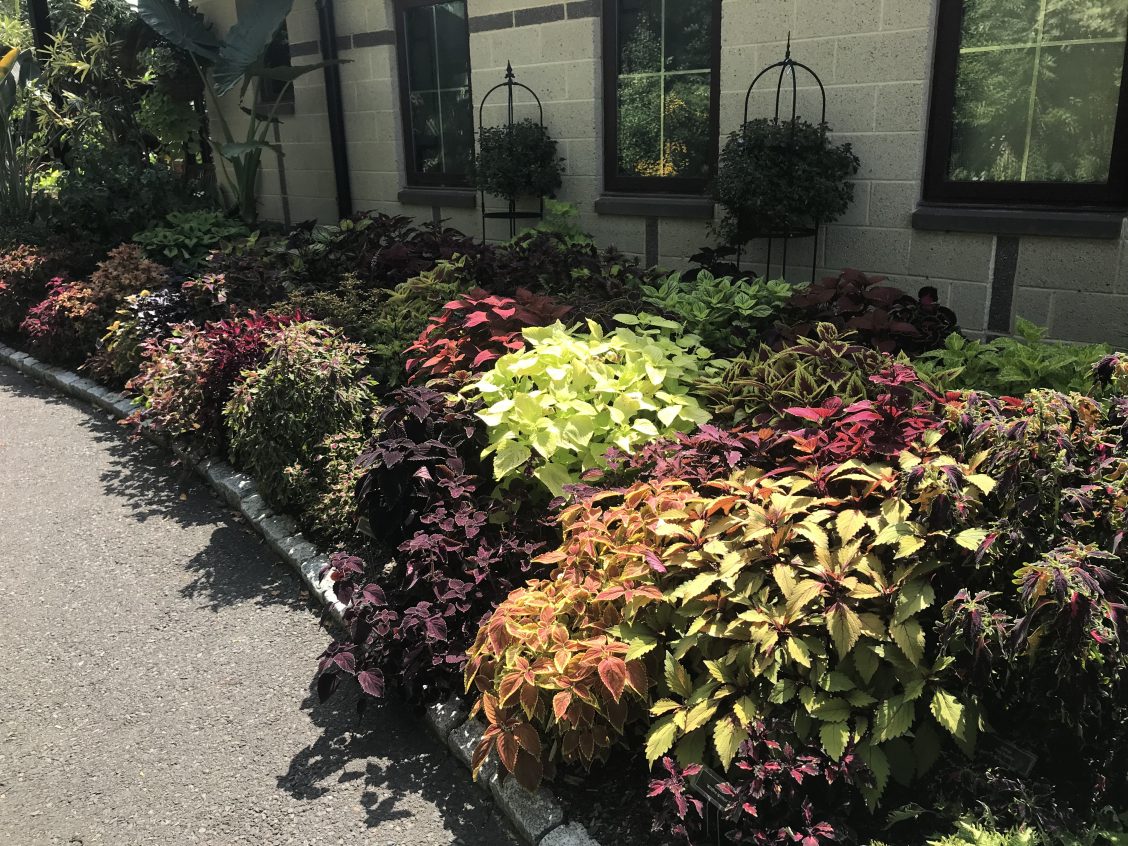 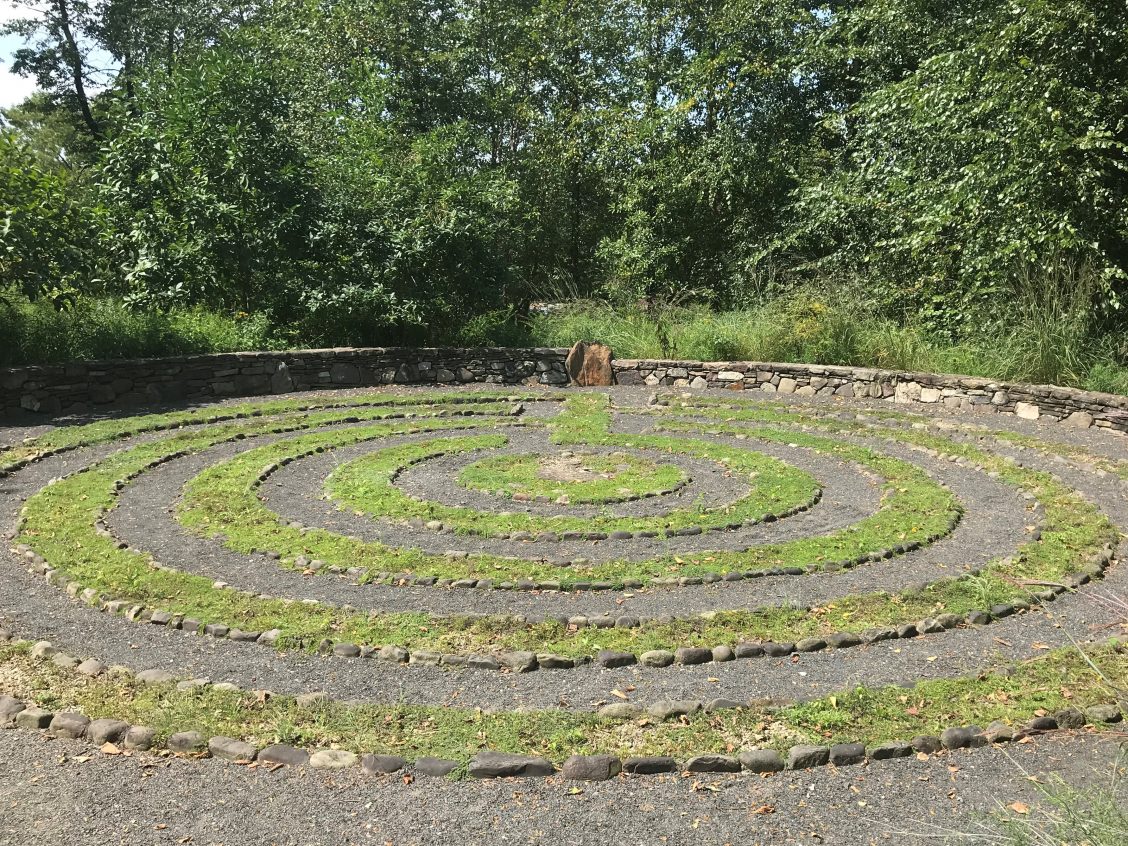 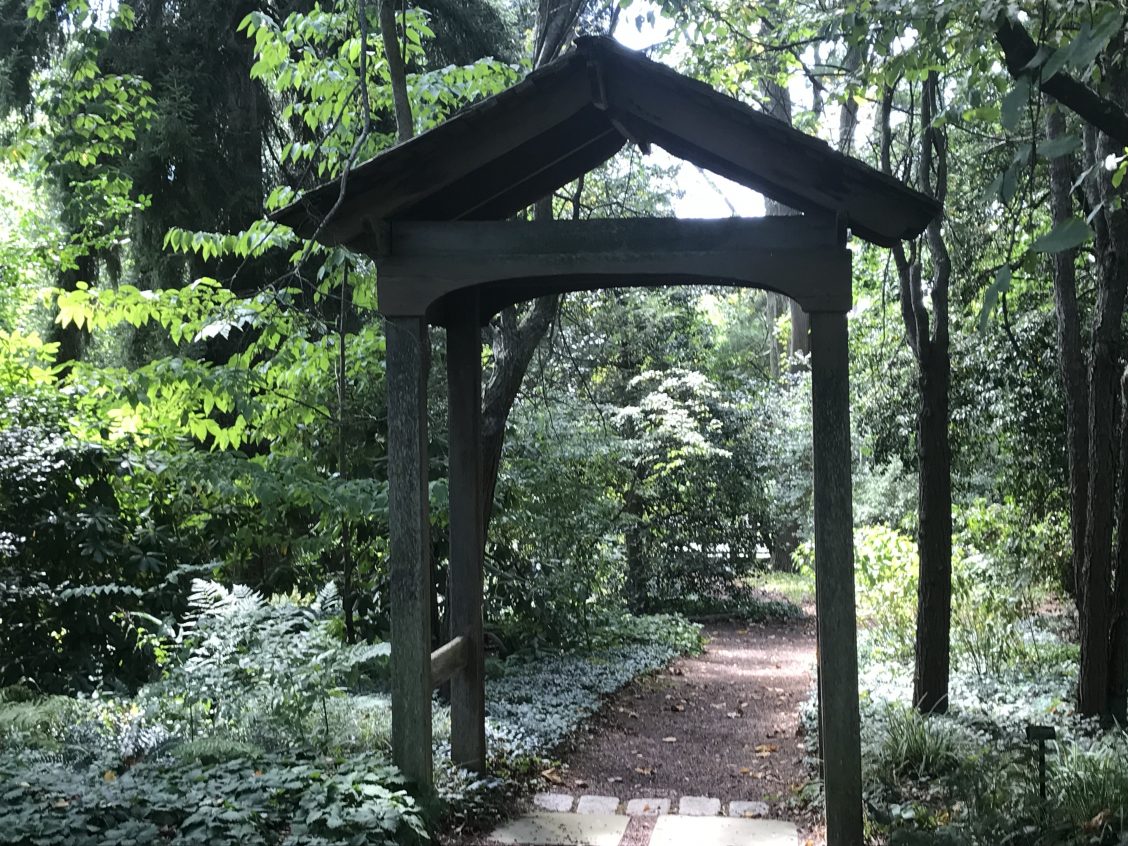 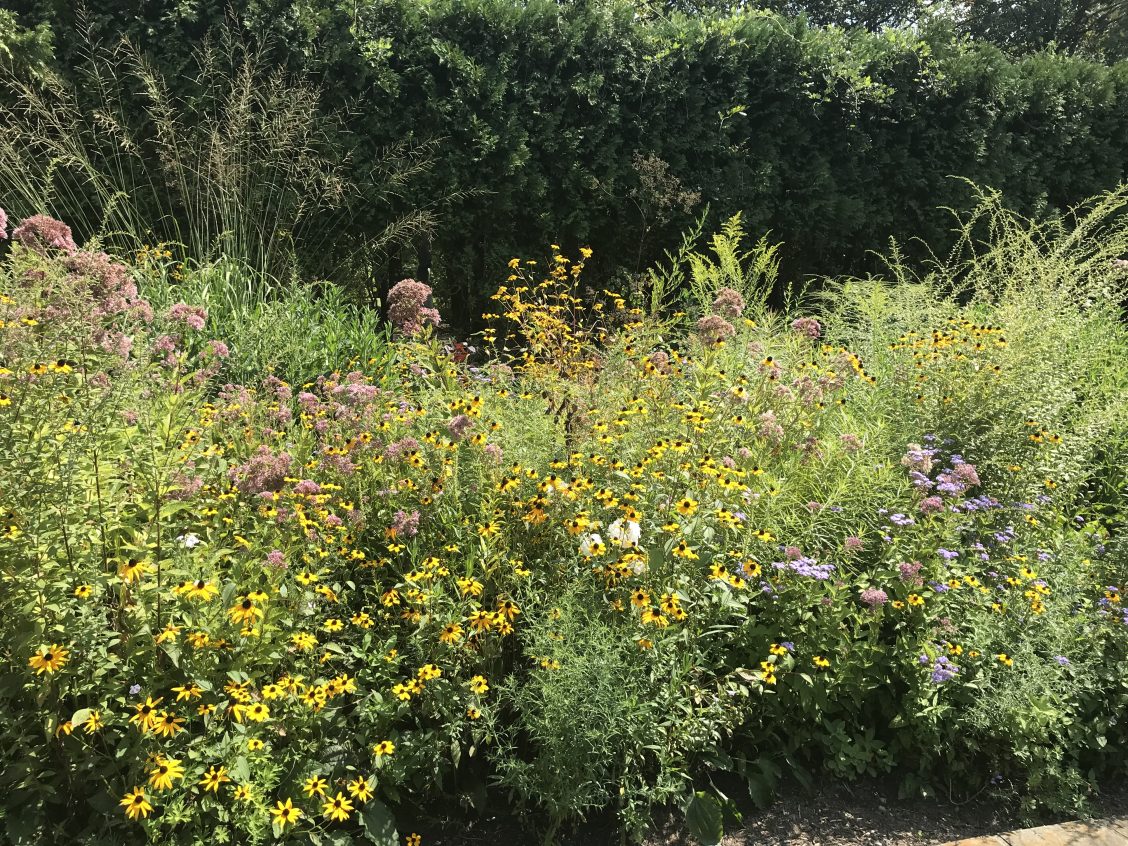 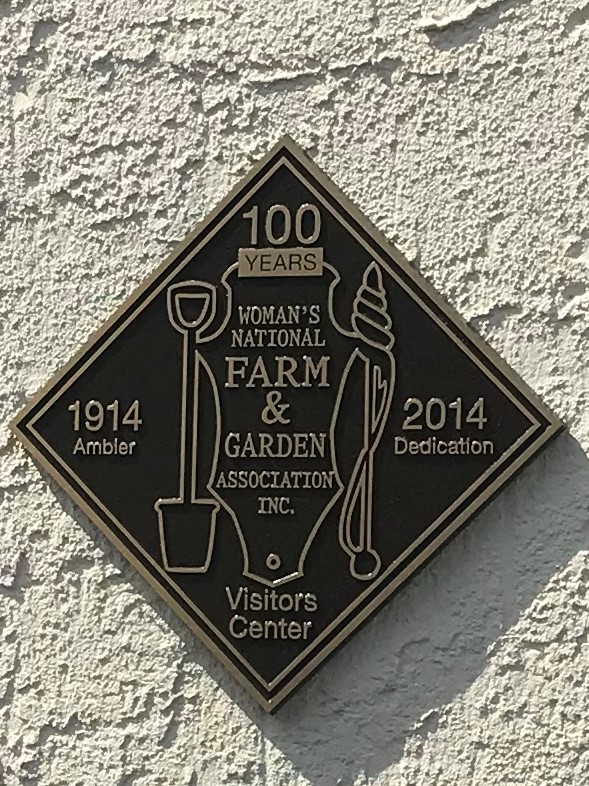 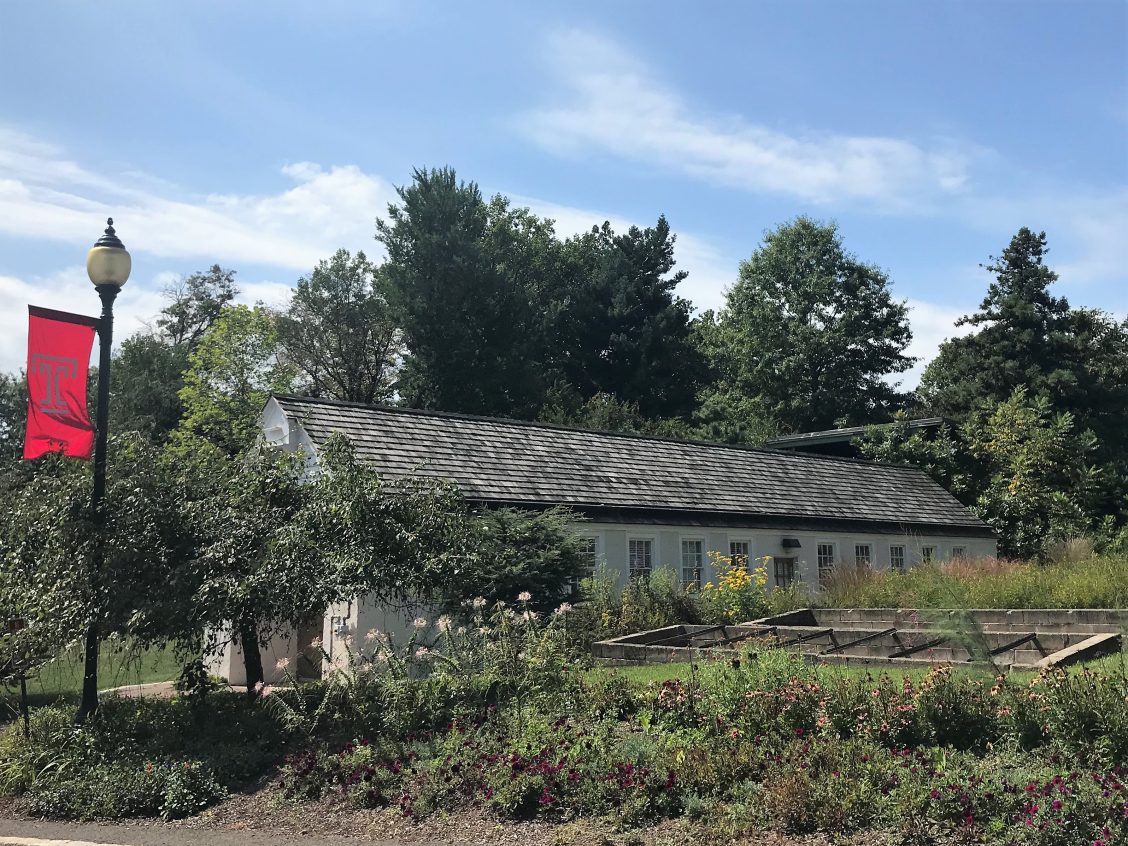 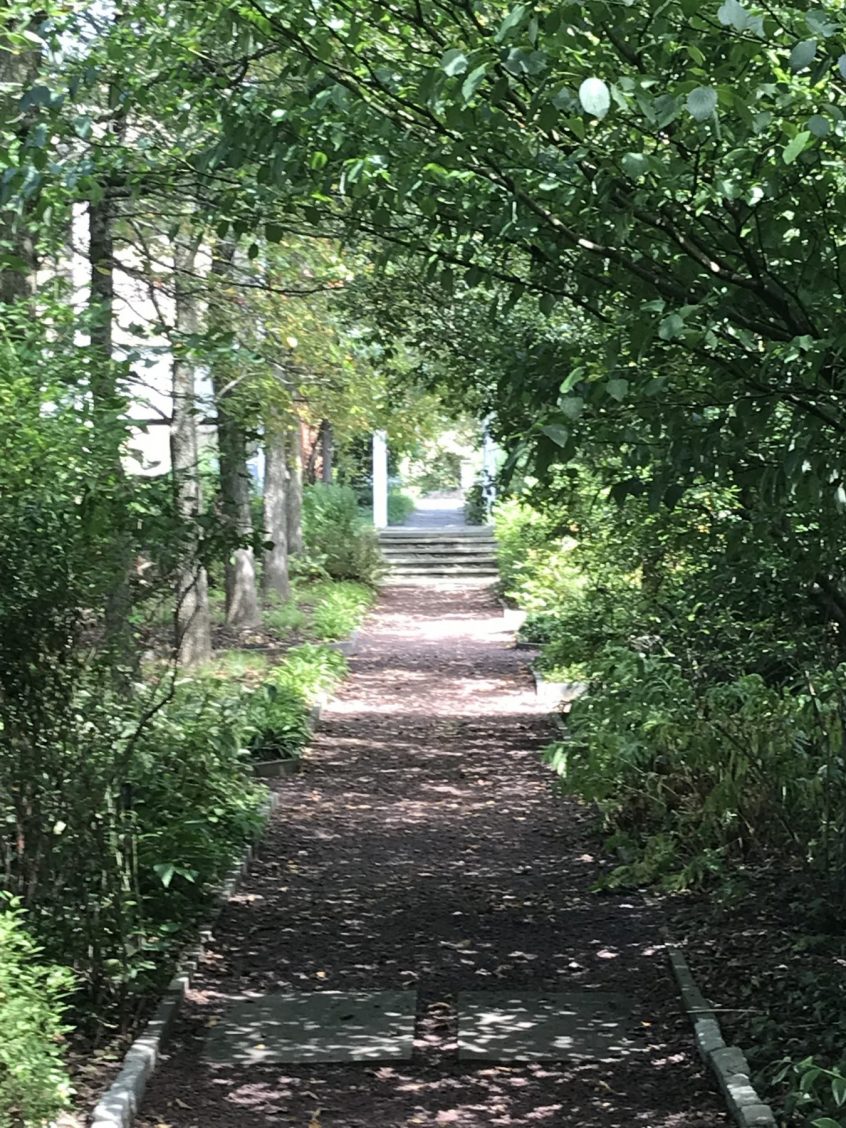 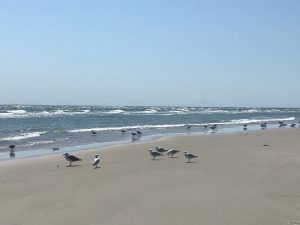 Corson’s Inlet is a free state park at the south end of Ocean City NJ. There’s an easy 1-mile nature trail on a sandy footpath through shady trees and shrubs. The hike ends at a beach with an expansive view of the ocean on the west side of the island. There are no lifeguards and technically no swimming,  but it’s perfect as a quiet spot for dipping your toes. The OC Boardwalk beach crowds are more than 2 miles up the shore.

We were stunned to see teens blithely walk across the water,  and then dive into the surf. They had found a hidden stretch of sandbar. Shell collectors will love the Inlet’s west side beach. We stuffed our pockets full of shell treasures by digging through the piles of beached shells. Also spotted 2 horseshoe crab skeletons (one was sporting sunglasses).

On our morning stroll, Corson’s Inlet was teeming with wildlife. It’s a protected area for nesting and migratory birds. We’re not birders, but we spotted a variety of shorebirds from sandpipers to plovers and gulls. In the photos below, you’ll see a flock of white birds. They all flew off when we strolled by.  The east side is reserved for boats and small watercrafts. We were surprised when a friendly local resident pointed out colonies of hermit crabs slowly making their way through the seagrass. The jet skis didn’t bother the busy crabs at all!

To reach the park, drive down West Avenue, turn on W 55th Street and follow signs for the Russ Chattin Fishing Bridge. You will spot a small parking lot with 2 portapotties on the left right before the bridge. No dogs allowed. Bring water, bug spray and sunscreen and allow 1-2 hours for your visit. If your time is limited,  you can re-trace your steps through the nature trail. It will cut about a mile from your return walk. 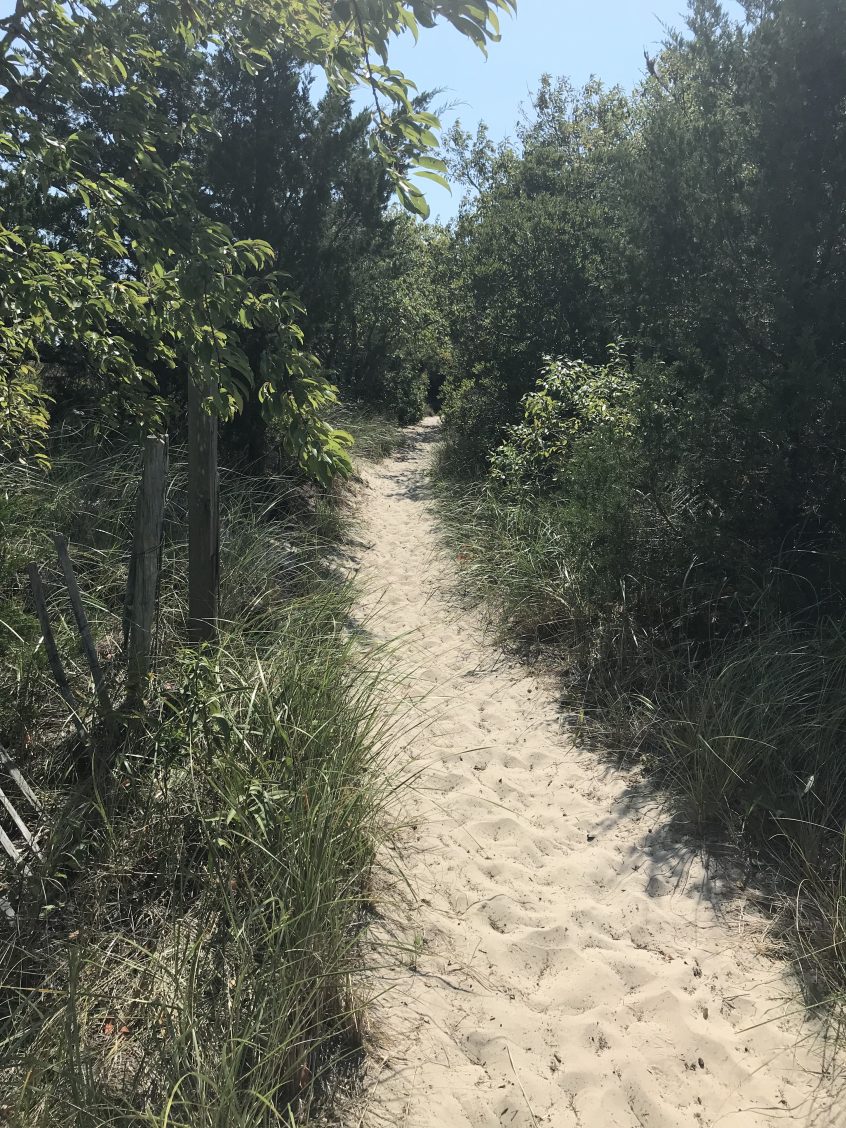 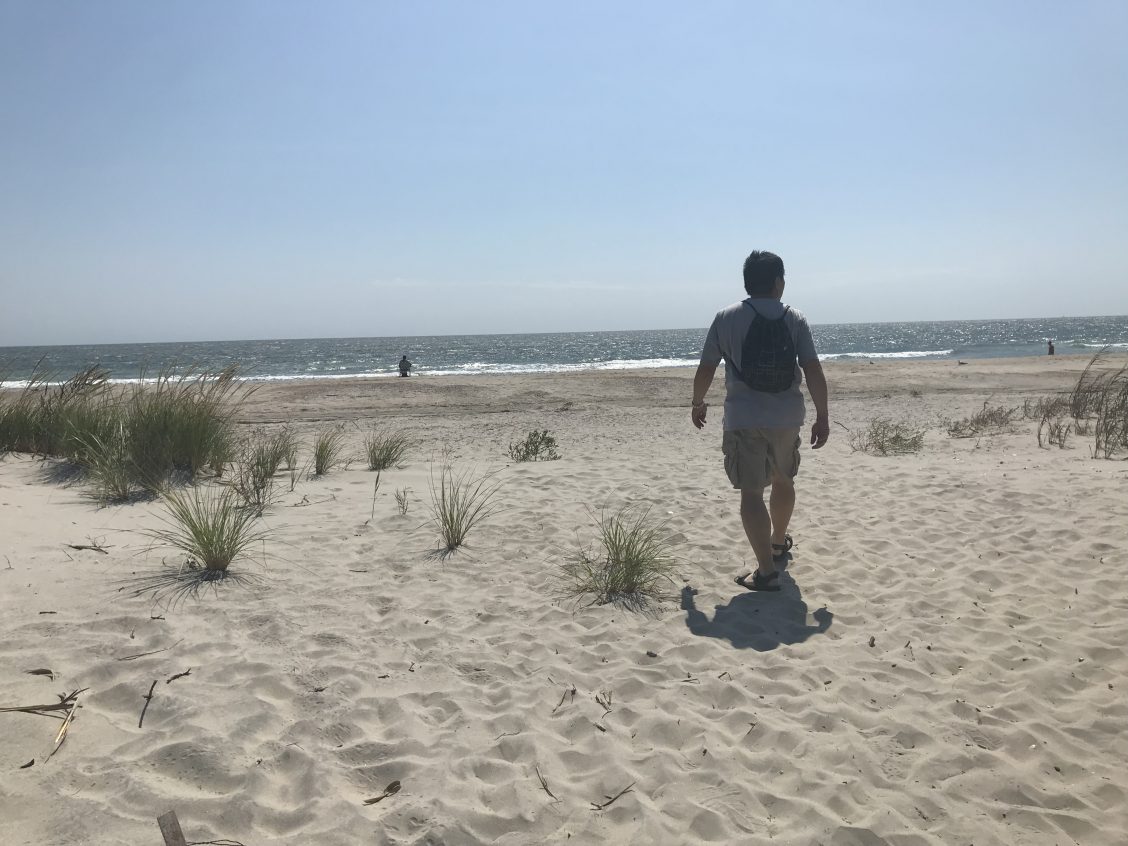 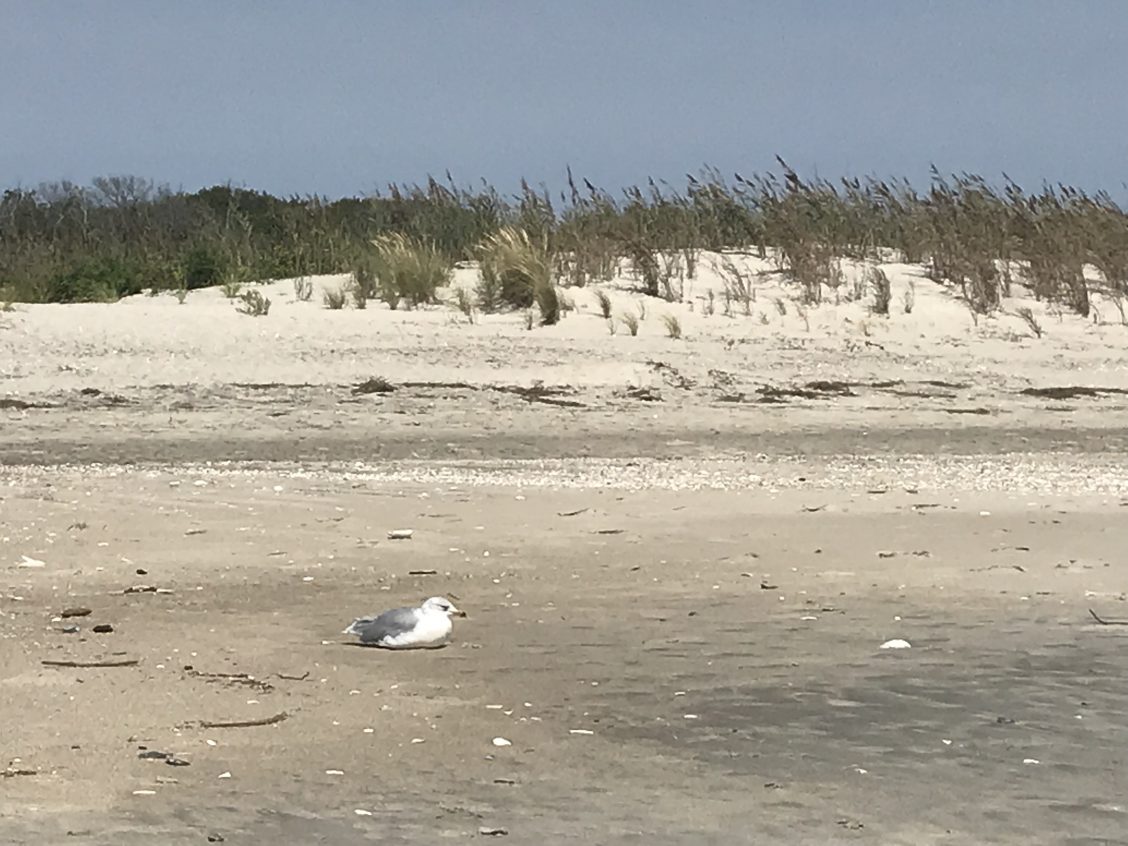 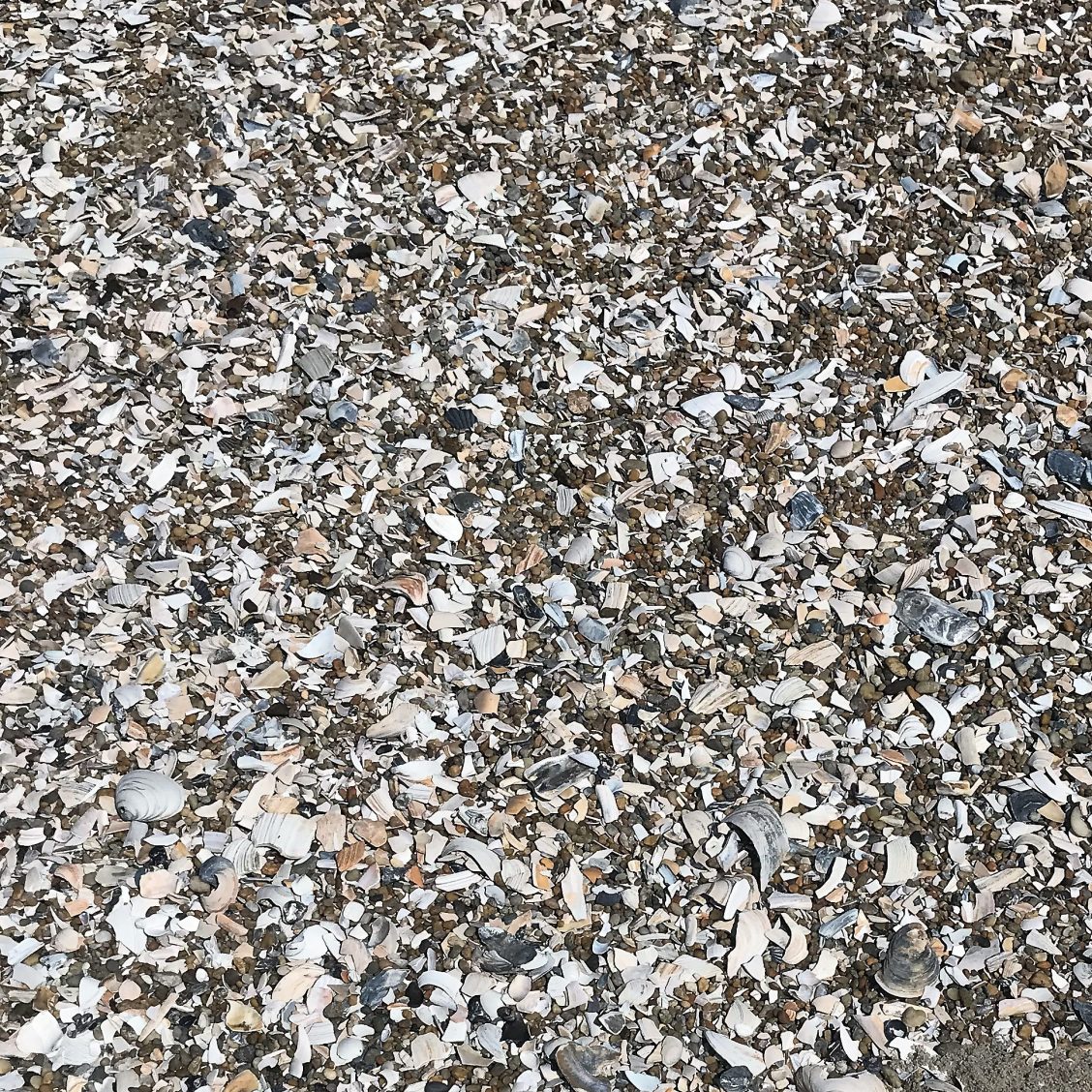 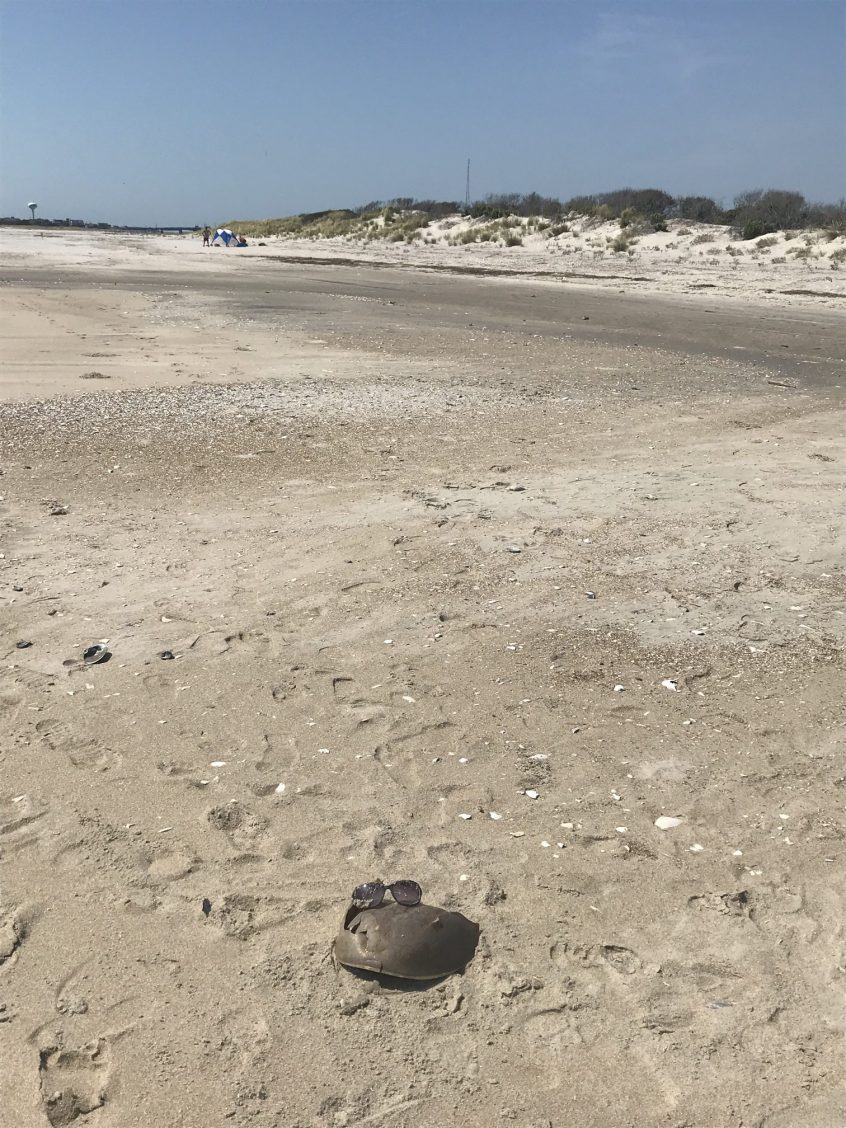 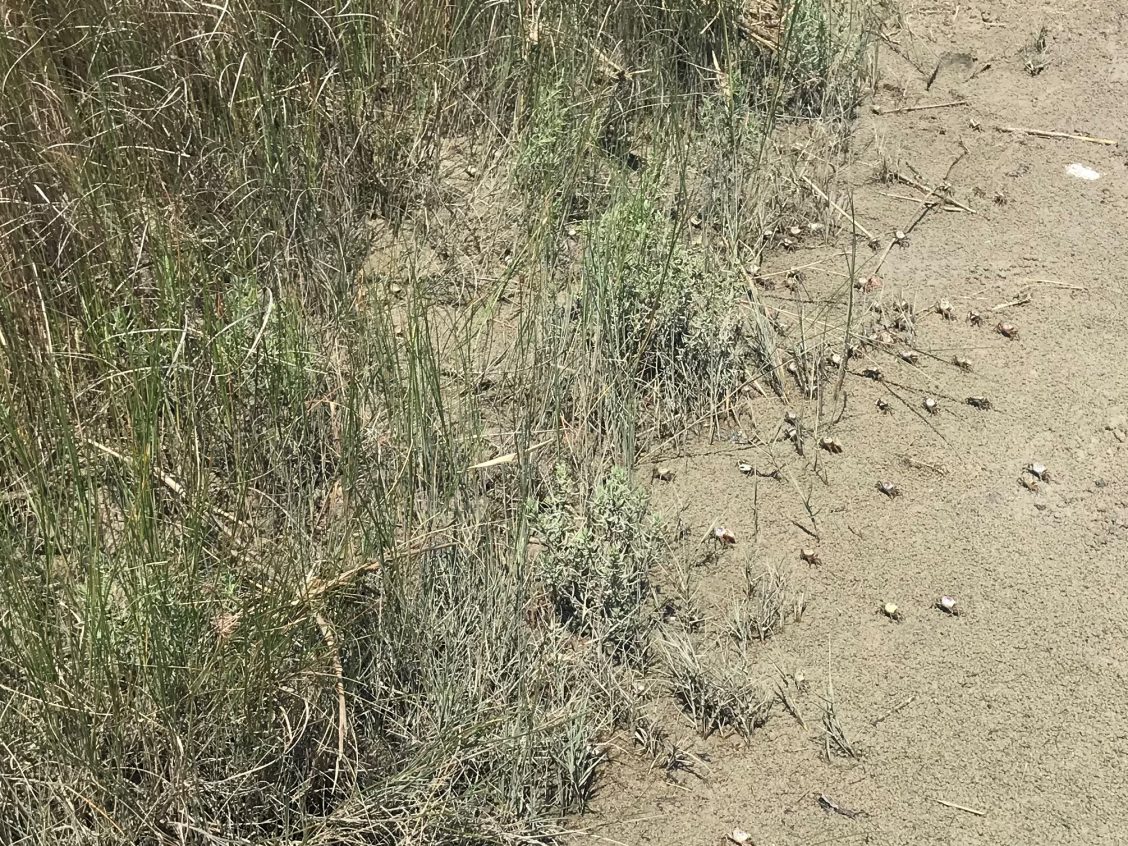 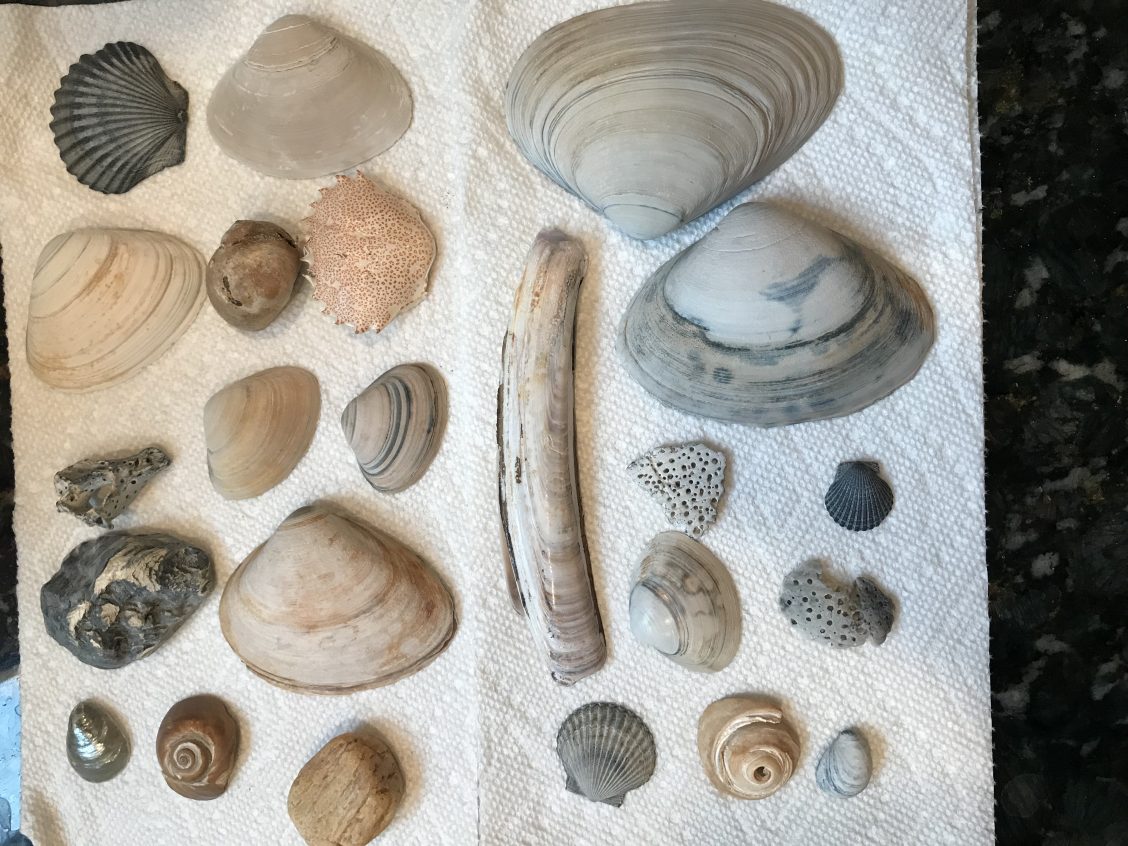 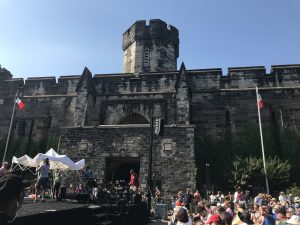 On July 14, 2018, I ambled behind hundreds of sweaty revelers down Fairmount to celebrate the last Bastille Day at Eastern State Penitentiary. For the past 24 years, the historic prison has co-hosted a Bastille Day show and after-party with their neighbor, the London Grill.  It began as a lively intimate restaurant party each July 14. But the event soon exploded in size and pageantry into an elaborate music and drag cabaret extravaganza. The 2018 publicity claimed it is Philadelphia’s largest free theatrical performance.

The Guillotine and Edith Piaf 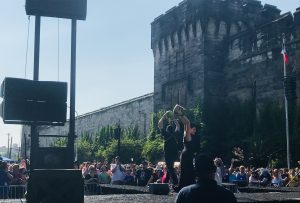 The pre-show featured multiple beheadings of juicy watermelons, based on thumbs down votes from the crowd. The annual executioner this and every year was  Sean Kelley,  Senior VP and ESP’s first employee. The main attraction, the Bearded Ladies Cabaret, made a dramatic entrance on the main tower parapet.  John Jarboe was a winged Edith Piaf in gold lame, crooning and rappelling down the stone fortress. When he reached the entry door, he unfurled a huge banner proclaiming RESISTEZ!

What followed was a rapping and dancing procession of famous heroes who fought for freedom and justice. Joan of Arc made a live phone call to Senator Pat Toomey’s office, encouraging the crowd to shout out their protest messages.  The Handmaids appeared as a harbinger of worse disasters to come, and Marc Zuckerberg sang You Belong to Me (courtesy of the Police.) 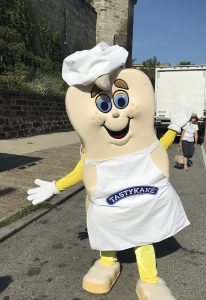 The eagerly-awaited annual climax was the appearance of Marie Antoinette. She was enacted with gusto and a frightful pink wig by Terry McNally, co-owner of The London Grill. She swigged Chardonnay and mocked the complaining masses below. Finally, she uttered her famous line, for the last time: Let them eat Tastykakes!
The crowd below was pelted with a rush of  Tastykake butterscotch krimpets –2,000 packages were flung down from the balcony. The lucky bourgeoisie in the receiving area checked their wrappers to see if they were a lucky winner of a large Tastykake stash. I took that as my cue to head out as Def Leppard’s Pour Some Sugar on Me boomed down. 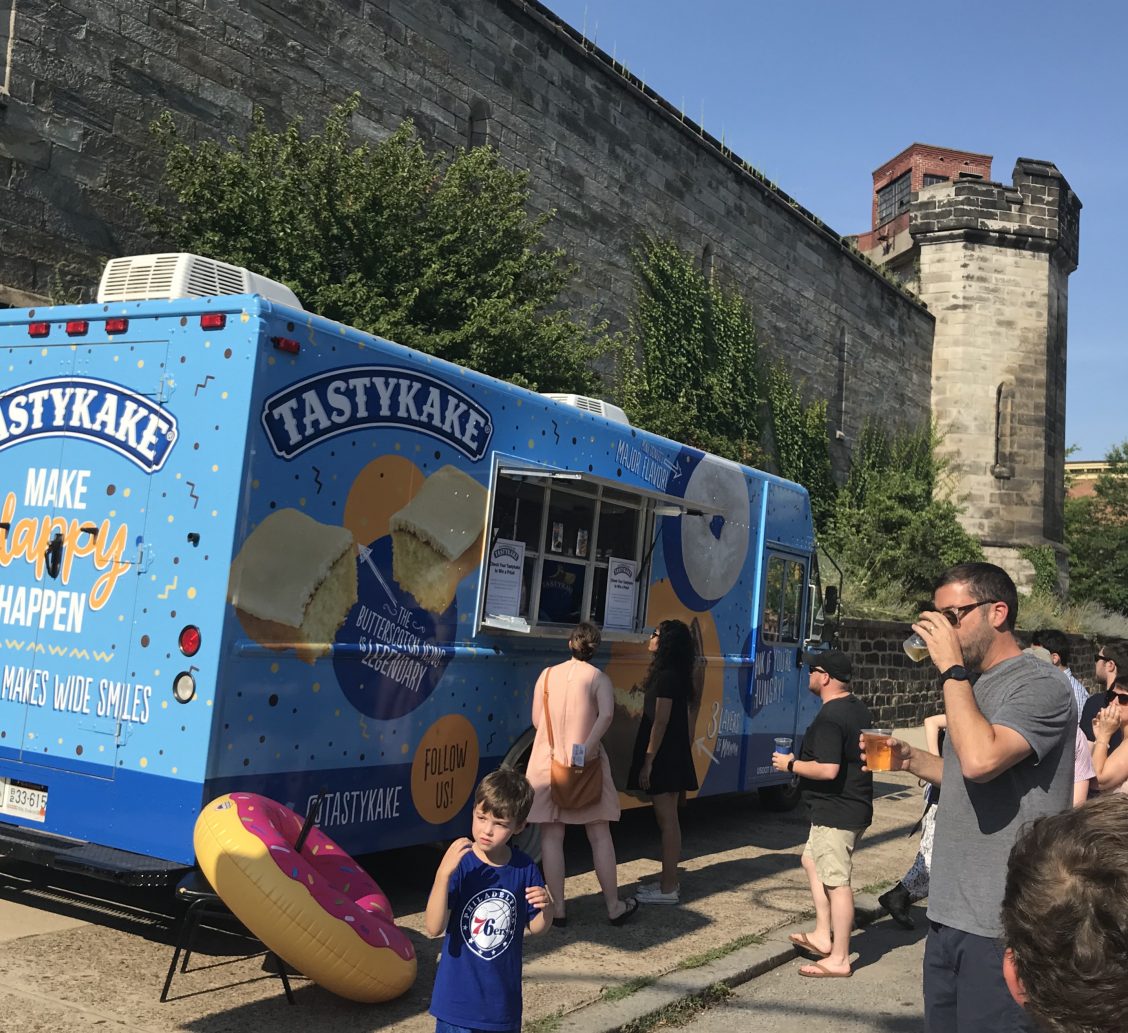 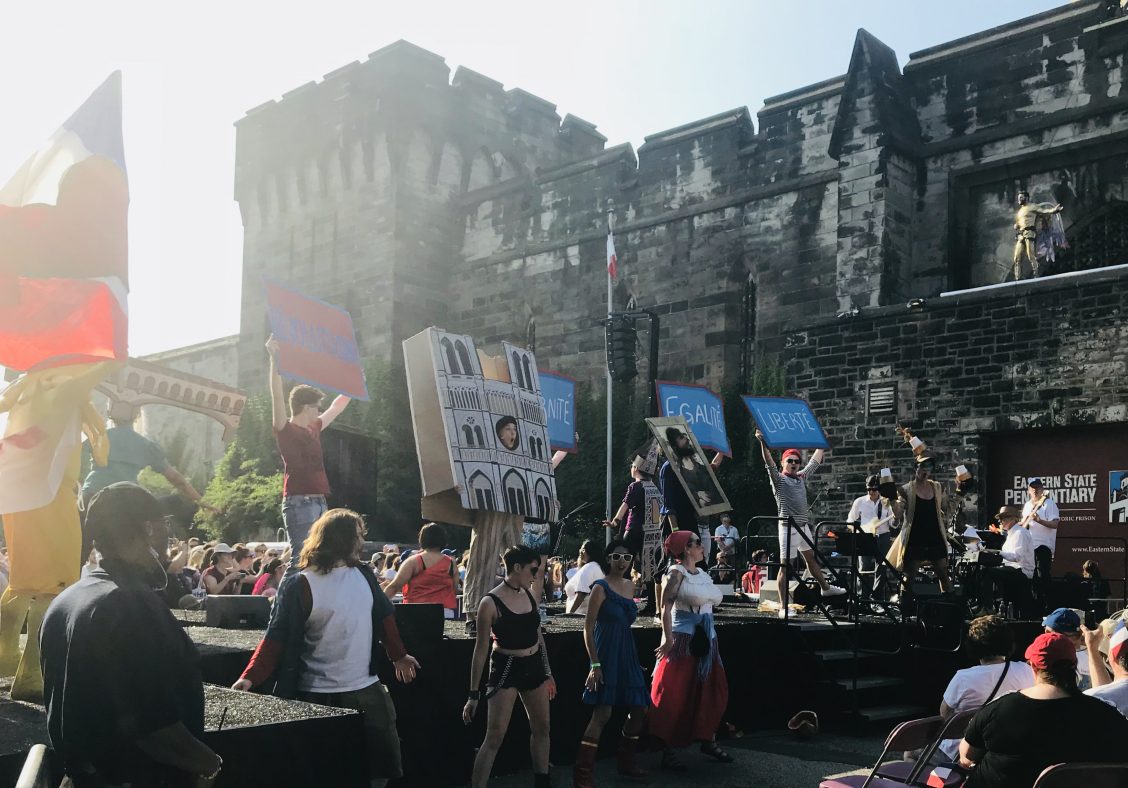 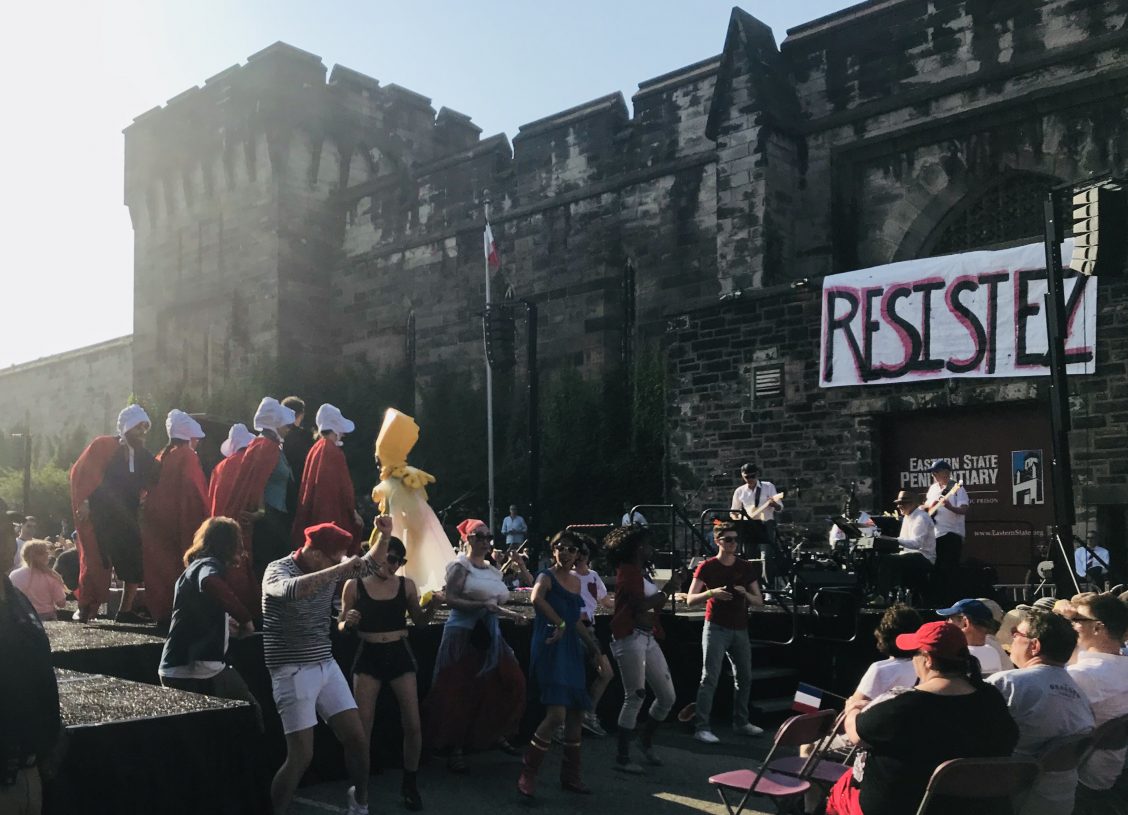 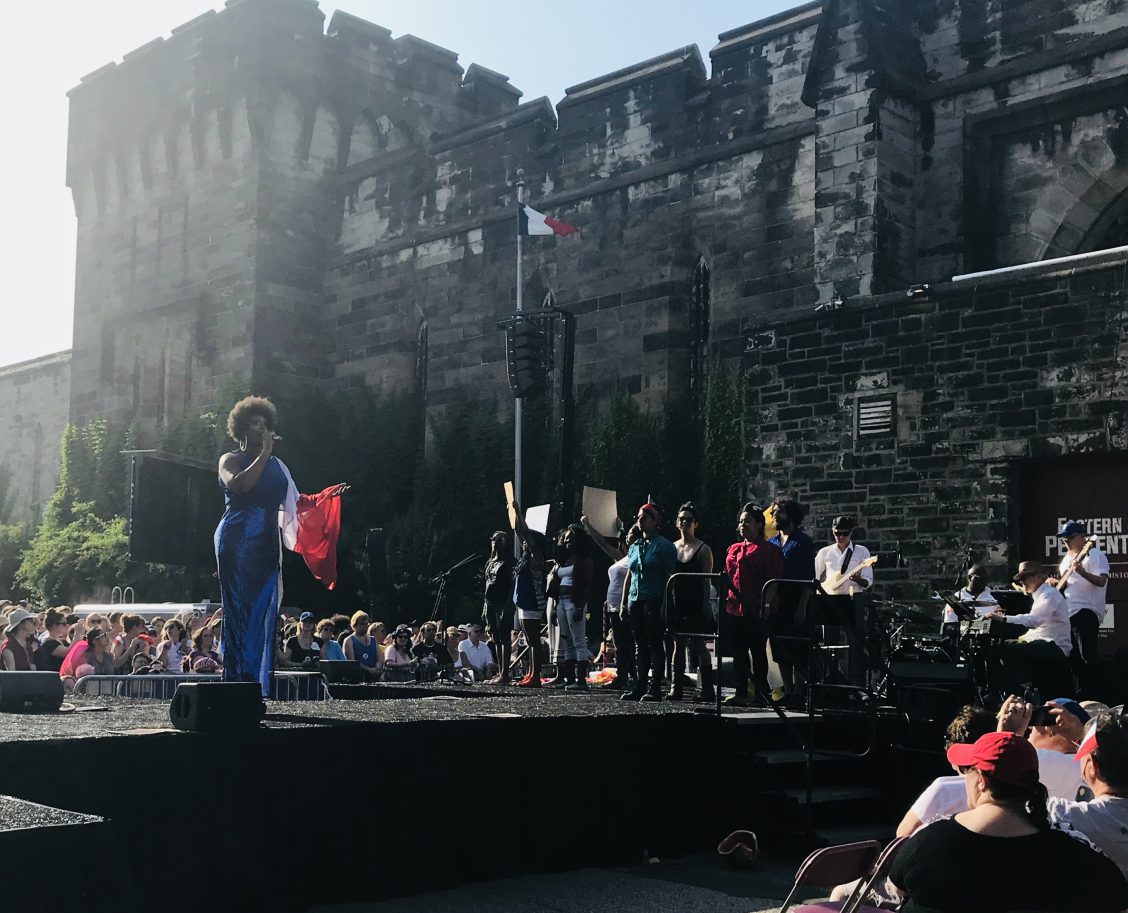 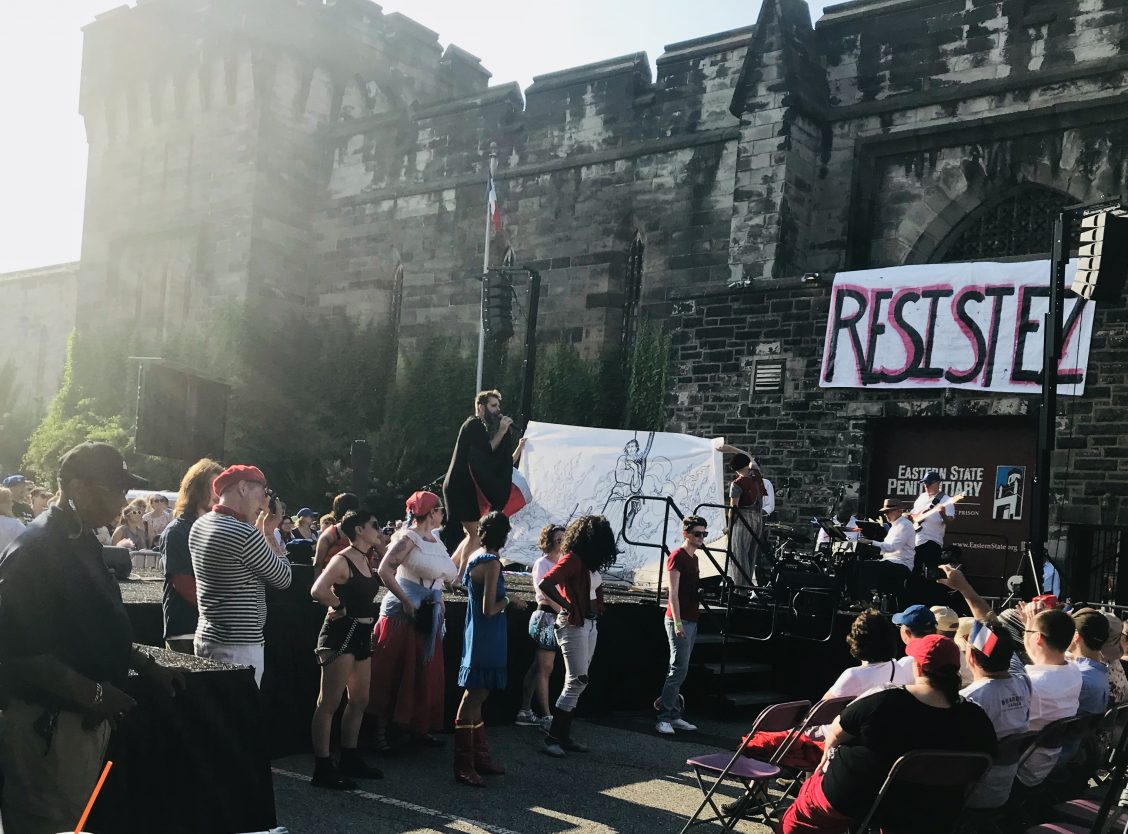 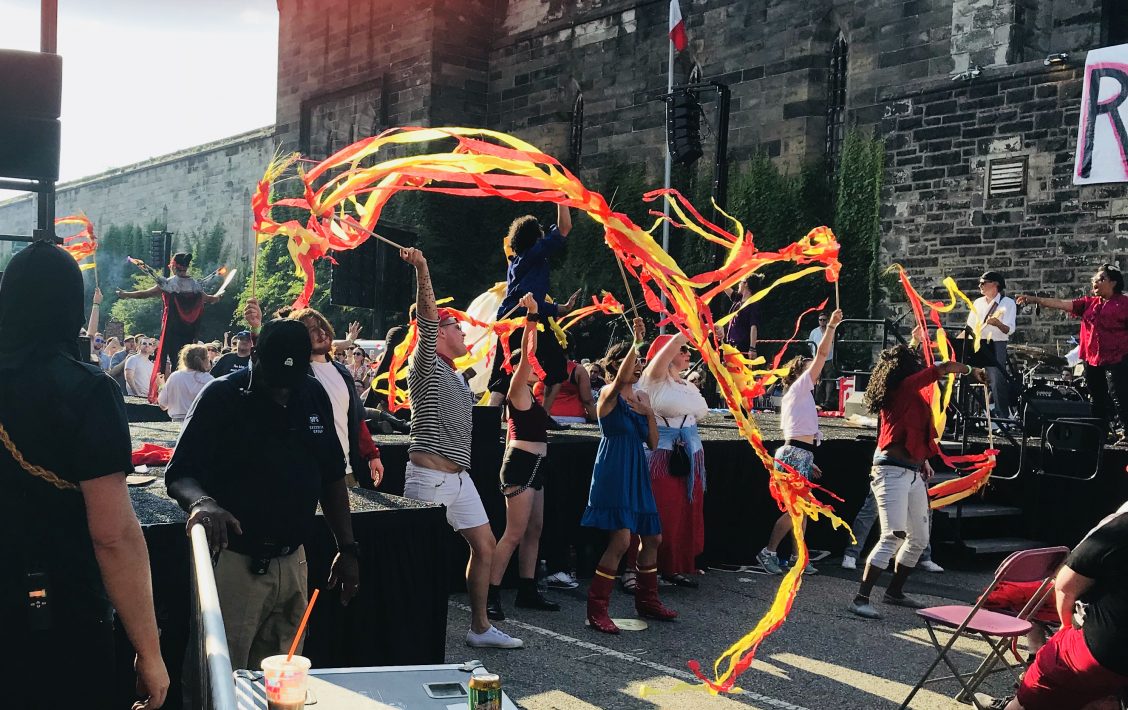